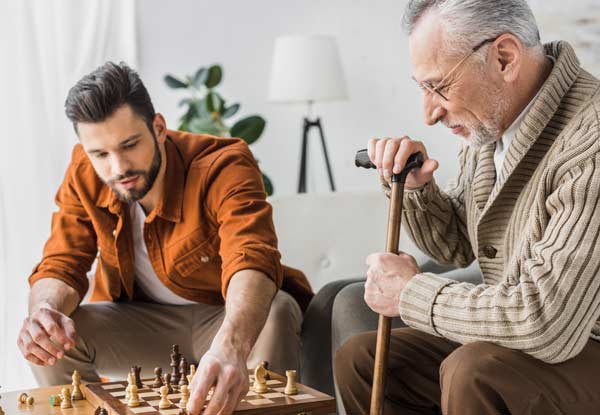 It’s the illness we fear most as we get older because we associate it with losing control…yet even a quick glance at the key facts about dementia show there is much we can do to delay the onset and continue to live well for years afterwards.

Contrary to what many of us think, dementia is not a condition exclusive to old age, nor is it a natural part of ageing – and yet one in three people over the age of 65 will develop the condition across the world. Starting to forget things…could it be the start of dementia

Although the cost of dementia care ranks higher than stroke, heart disease and cancer combined, healthcare spend for dementia continues to be substantially lower than these conditions in most countries.

Many people have an image in their mind of what life with dementia looks like, so it can be surprising to learn that many people with the condition continue to live well, socialise and stay involved in their communities for many years. Here are some key facts about dementia.

Dementia itself is not a disease

It is actually an umbrella term for lots of different conditions. These conditions are progressive and shared common symptoms including, but not limited to, memory loss, confusion and personality change.

Alzheimer’s is the most common form of dementia, while other dementias include vascular dementia, dementia with Lewy bodies, and frontotemporal dementia.

Dementia is not an inevitable part of getting older

While it’s true that most people with dementia are over 65, the condition is not a normal part of getting older. Age is the main risk factor, so the likelihood of developing dementia rises with age, but it’s not a given that an older person will develop it.

If current trends continue, these numbers are set to increase in the next 20 years.

Most people with dementia live at home. It’s estimated that in many countries in the west, half of the people suffering from dementia never receive a diagnosis.

There are many reasons for memory loss

Everyone can be forgetful and struggle to put a name to a face or remember where the car is parked.

There are many reasons for memory loss and confusion apart from dementia. These can include anxiety and stress, depression, an infection, thyroid disorders, vitamin deficiency, side-effects of medications and conditions such as mild cognitive impairment or a stroke.

However, if you are worried for yourself or a loved one, it is a good idea to talk to a doctor as soon as possible. Being diagnosed early can help you get the right treatments and find the best sources of support, as well as give you time to make important decisions about the future.

Most people associate dementia with memory loss, but a key fact to remember is that the condition affects people in a wide variety of ways.

These might include changes in behaviour, confusion and disorientation, delusions and hallucinations, difficulty communicating, problems judging speeds and distances and losing your sense of smell.

Everyone’s experience of dementia is different.

There are many people who are facing dementia head on and developing support mechanisms and strategies to live well with the condition.

Following a diagnosis people are encouraged to stay active, take up new hobbies, meet friends or take part in research or community activities.

Both living with dementia and caring for a loved one with the condition can be extremely challenging. However, with the correct supports people with dementia can continue to live well and remain part of the community.

Not all dementias are preventable but increasingly researchers believe that by increasing your physical activity, eating healthily, not smoking, drinking in moderation, reducing blood pressure and staying mentally active and socially engaged you can increase your chances of warding off the condition.

These recommendations are also true for people who receive a diagnosis. Increased levels of education can not only delay the early symptoms of dementia but may also slow down its progression.

Dementia has a bigger impact on women

With more and more women living well into their 80s, it is estimated there are in the region of 36,650 women now living with dementia in Ireland, compared to 18,350 men.

The condition is the leading cause of death in women in the UK. Women are also more likely to take on unpaid caring roles for other people with dementia, and are more than twice as likely as men to provide intensive, 24-hour care.

Dementia is a global issue

It’s a common myth that dementia is only an issue in the western world. The largest increases in dementia expected over the next 20 years are in places like China, India and Sub-Saharan Africa.

Another unfortunate key fact about dementia is that there is currently no cure. However, recent, large-scale investment into dementia research around the globe is starting to bear fruit, creating a greater potential for positive outcomes to emerge for people with dementia into the future.

There are exciting drug trials that appear to have successfully cleared the sticky plaques from the brain which cause dementia and halt mental decline.

The breakthrough is said to be a potential ‘game changer’ for people with Alzheimer’s.

Crucially, they also found that after six months of the treatment, patients stopped deteriorating compared with those taking a placebo, suggesting that their dementia had been halted.

If shown to be effective in larger trials, it could mean the first drug to modify the progression of dementia could be available in just a few years. Although it is early days, the results of this clinical study are heartening.

There is time to adjust and to find out what strategies work. Some tips include: being patient and allowing more time to do things, keep a routine, write things down – keep a diary or use a notebook,

Keep important things in the same place, Get to know good times of day, eat healthily and keep hydrated and exercise.

This is a rare form of Alzheimer’s that is entirely passed down through families, being inherited from a parent, however, FAD accounts for just 2pc to 3pc of all cases of Alzheimer’s and usually has a much earlier onset than other types of Alzheimer’s, with symptoms developing when the person is in their 30s or 40s.

Women are also now two-and-a-half times more likely to become carers of a person with dementia.

Caring for a loved one with dementia takes time, energy and, above all, love; it can be a long and emotional journey.

Stigma and prejudice are significant obstacles

The wellbeing and quality of life of those with the condition and for their families is influenced by stigma and prejudice – and it affects the provision of care to those who need it.

Research shows that dementia is still the most feared health condition of our time, with people continuing to put off seeking a dementia diagnosis or opening up about the way in which living with the condition adversely affects their lives and the lives of their carers.

The Alzheimer’s Society in the UK has warned that high summer temperatures can lead to severe health problems among vulnerable people with dementia unless they take special precautions to keep cool and well-hydrated.

“As temperatures rise we urge relatives, carers and others to check in on people with dementia to make sure they are OK. Stay hydrated by drinking plenty of water, eat regularly to replace salts, dress in cool, light clothes and stay out of the heat. If you know someone with dementia, pop in to see them and make sure they’re remembering to take extra measures to keep themselves healthy during the hot weather.”

If you are worried about dementia or worried for a loved one you can call the Alzheimer Society or a similar charity in your country. A quick Google search will provide you with contact details.

Information kindly provided by the Alzheimer Society of Ireland

and the UK Alzheimer’s Society

Study of nuns could lead to new ways of treating dementia