Many of us remember our twenties when we could drink all night, go to bed at two in the morning and still get up for a work the next day.

All that would be needed was a cup of coffee, a slice of toast, a splash of water across the face and we’d be off to work as if nothing had happened…well, a bit of a groggy head perhaps but nothing more.

Fast forward 20 years and it’s a very different story. For a start, you wouldn’t be drinking all night, nor staying out until two in the morning in the first place, but if by any chance you did, it would be a very different story to before. You’d feel so bad you’d scarcely be able to move, let alone get up and go to work.

At this point you might wonder, was I really able to cope with alcohol better all those years ago, or am I just looking back with rose coloured spectacles?

Well, the answer to doctors is that yes, you really do cope better with alcohol when you’re young and it’s all down to how well our bodies recover after being filled with poisons, and as far as our bodies are concerned, alcohol is a poison, albeit a tasty one that makes us feel happy for a while.

Doctors say it is all to do with the way our bodies process alcohol. Our livers take more time to deal with the alcohol that we have consumed as we get older. This means that we feel the negative effects such as nausea and headaches for longer.

Gastroenterologist Dr Mark Welton says our younger selves were far more efficient in dealing with alcohol. He added “When we get older, our whole recovery process for everything we do is harder, longer, and slower.”

It is due to the production of an enzyme called dehydrogenase, which is responsible for breaking down both ethanol and methanol. These are present in most alcoholic drinks.

As we get older our body produces less dehydrogenase, meaning our liver cannot cope with the same amount of alcohol as quickly as it once did.

It couldn’t happen at a worse time, as Dr Welton points out, we have more responsibilities as we age which makes the situation all the worse.

He said: “You can’t be left alone in your bedroom to suffer with your headache. You’ve got kids, a spouse, and boss who expects you to be at work on time.”

One method to help deal with the agony of a hangover when you are 30+ is to treat yourself to a glass of chocolate milk, with a scoop of whey protein powder, according to hangover specialist Dr Jason Burke.

Dr Burke says the milk and whey contain an amino acid called cysteine, which helps your body deal with toxins that are contributing to your hangover.

Drinking plenty of water will also help to prevent dehydration, which is responsible for some of the discomfort you will be feeling. However, the sad truth is that there is no cure for a bad hangover; water, milk, a few painkillers will dull the pain a little but otherwise there’s not much you can do but grin and bear it…and go through the age-old pledge to yourself that you’ve probably made several times but failed to keep: ‘Never again.’

The decreasing ability to deal with alcohol as you get older means it’s important to have drink free days to give your body time to recover.

Doctors say this is a good approach for people of all ages but especially those over 40.

The problem is more acute than you might think. For example, official figures suggest that around 10 million people in England drink in ways that increase health risks and many are struggling to cut down.

This doesn’t mean that they are alcoholics, a label that can be unhelpful as it conjures up images of hapless figures drinking out of bottles on park benches. A person doesn’t need to be nearly as bad as that for alcohol to still be a problem, but the fact that many heavy drinkers continue hold down a job and function normally leads many of them to think they don’t need to cut down when in fact they do.

This has led to organisations such as Public Health England and Drinkaware to call for middle aged people to cut down to under the recommended limit of 14 units a week and have ‘drink-free’ days each week. If you drink the full 14 units, try to spread them over three or four days.

The advice comes after a YouGov poll has found that one in five of UK adults are drinking above the Chief Medical Officer’s low risk drinking guidelines and more than two thirds of these say they would find cutting down on their drinking harder to do than other lifestyle changes – such as improving their diet, exercising more, or reducing their smoking.

The alcohol education charity Drinkaware says that the more alcohol people drink, the greater their risk of developing several serious potentially life limiting health conditions, such as high blood pressure and heart disease, as well as seven types of cancer.

Regular drinking also increases the number of calories consumed and can contribute to weight gain and obesity.

A financial benefit of cutting down on drink, apart from the obvious one of saving money because you won’t be spending so much on it, is that your health insurance premiums are likely to be cheaper as there is less risk of you developing illnesses that would be expensive to treat. Life insurance policies are also likely to be cheaper, making it easier to provide the cover you need to protect your family should anything happen to you.

Evidence from behavioural science suggests that simple and easy ways of helping people to change their behaviour are the most effective, which is why Drinkaware and PHE have chosen to focus on Drink Free Days.

Duncan Selbie, Chief Executive at Public Health England, said: “Many of us enjoy a drink – but whether it’s a few in the pub after work a couple of times a week, some beers on the sofa watching the football or regular wine with our dinner – it’s all too easy to let our drinking creep up on us.”

Former England and Liverpool footballer John Barnes is supporting the campaign which provides people with a range of tools and resources to help them cut back and make better choices about their drinking.

Barnes said: “This is an important campaign highlighting how many of us don’t realise that we are drinking in ways that could be harming our health and how we are struggling to moderate.
A beer here and a glass of wine there might not seem like much but the units can add up and so too can the health risks.”

A dedicated website provides all the information, resources and apps to help support people, including the One You Drink Free Days app and Drinkaware’s Drink Compare Calculator.

The Drink Free Days app is a simple and easy way to track the days you drink alcohol and the days you don’t. You will also find other useful health apps on this site.

One You from Public Health England is the first nationwide programme to support adults in making simple changes that can have a huge influence on their health.
Evidence review: this PHE review looks at the impact of alcohol on the public health and the effectiveness of alcohol control policies. 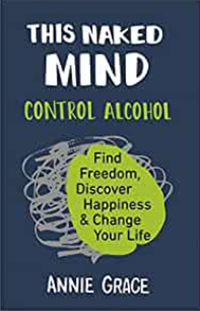 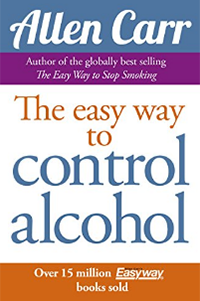 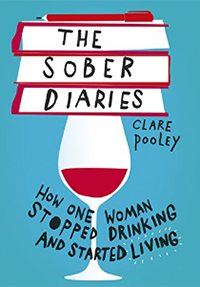